eSports betting has been gaining traction and no mistake. However, the murkier confrère of this phenomenon, known as skin betting, was somewhat elbowed out of the limelight back in 2016. Even though CSGO skin betting is mostly outlawed, back in the day, it made a splash so whopping, its ripples are still felt out in the periphery of eSports betting. We at TopCSGOBettingSites.com will help you garner a better understanding of the CSGO skin betting terrain today and shed light on what is so controversial about it.

CS:GO Skin Betting Where Have Thou Gone?

First, let us set the backdrop. CS GO skin betting was perhaps most lucrative of eSports wagering. A report carried out by Narus, a big data analytics firm, found out that the total cash market for skin betting in 2016 was $7.4 billion. Yes, you read us right.

Today, the market has shrunk and it is difficult to parse data because all bookies are operating under the radar and we generally advise against wagering at such places. Now, let us examine the nature of skin betting.

Skins are frills that are purchased in-game and confer a distinct sense of achievement to the patron, even though they have no bearing on the actual gameplay. Still, skins have been a much-coveted object of desire that has spawned its own industry within the industry.

The first salvo was fired by Valve on in August 2016 when it issued a cease-desist targeting a number of CS:GO skin betting operators. Some decided to conform, others scrambled to come up with alternatives and a few renegades opted to completely overlook Valve’s wrath and continue unabashed. However, unlike wagering on the outcome of eSports matches, skin gambling falls well within the ambit of Valve alone.

Yes, CS:GO skin betting was sapped on that day. However, it still operates outside the law and an examination is well worth our time.

There are three likely scenario ahead of the road for CSGO skin betting. In what we call a bear case Valve will tighten the stranglehold on skin gambling, freezing accounts and targeting websites. The scenario presupposes that the activity would drop to a mere fraction of what it is today.

A base case where Valve will continue to persecute offenders, but skin gambling enthusiasts will continue to come up with ways of eluding the far-reaching arm of the creator may also be on the cards. A slightly better prospect for CS GO skin wagering, but not upbeat at all.

Lastly, we have the bull case where Valve opts to go after the big fish leaving the minnows to trudge the dregs at ease. Under such conditions, the market will reach its highest feasible revenues without raising any eyebrows. 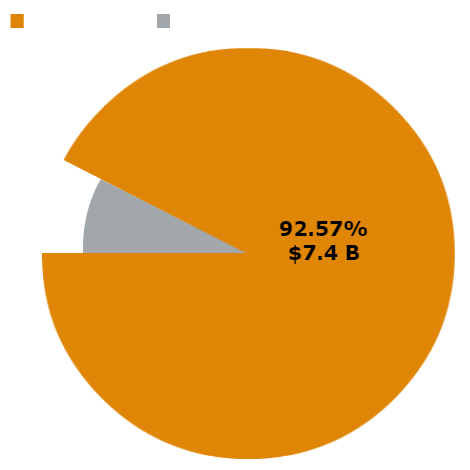 Now that we know more about the nature of skin betting, let us focus on explaining:

Skin betting, as broached at the beginning of our review, is wagering by depositing in-game items known as skins. In the past, there used to be quite a few distinct venues where such transactions could have been carried. Since Valve’s crackdown, however, those have been few in and between. 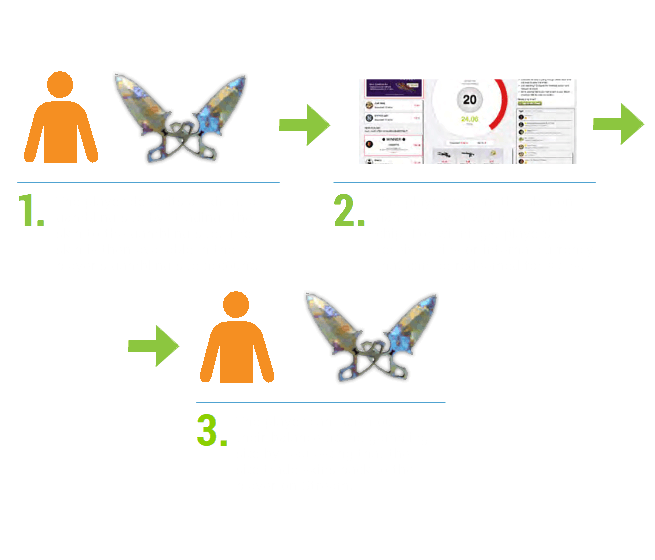 Yes, back in 2016 the total handle of skins was estimated at $7.4 billion, not a negligible amount by any measure. However, instead all of this being lumped into one sole type of skin betting, there were, and still are, a number of various eSports wagers that accept skins as currency.

We will use the numbers from 2016 to illustrate the difference in skin gambling markets and how much proceedings they command. 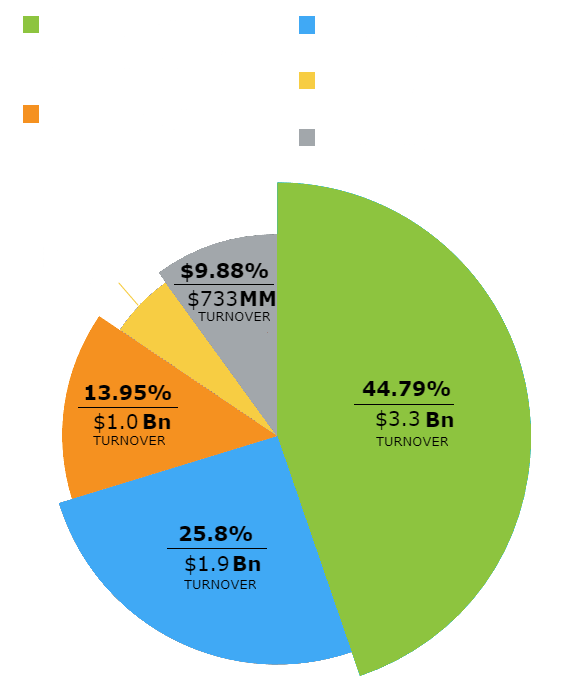 So, let us have a closer look. It is quite eye-popping, the pie chart here. It offers an overwhelming account of a market that was just beginning to burn the fringes of its wick when Valve swooped in and snuffed it out. Still, we can obviously see that sportsbooks were slated to accumulate $3.3 billion from trading skins before 2016 was out.

Note that is the base value of the skins that would have been traded and not actual currency. Even at this pre-apogee level, CS GO skin betting has not really exploded into a juggernaut for raking in gross amounts of cash, albeit a handful of shady characters must have had in on the bonanza, no doubt.

Moving down the list, we have Roulette-styled games whereby players just wager their precious frills and wait for the wheel to stop its madcap gyrations. Jackpot games were also trending at the time. Coin flips whereby players wager on the flip of a digital coin did not fall much behind.

The only pity about Valve’s pan-repressive measures was that there was feeble hope the developer might try and differentiate between what is genuine peer-to-peer exchanges such as CS GO Lounge and casino-styled games. It did not and all were lost in the ensuing medley of confusion.

What We Do in the Shadows, Skin Betting on CSGO or Otherwise

In brief, we would like to outline how the whole business of carrying out skin wagers operated. We would generalize our take on things and not offer you any particular site of reference. After the shutting down of the reputable nobs of skin gambling, a handful, including CS GO Lounge did something well worth our respect – they funded a programme to compensate punters whose skins had been caught in the legal mêlée.

Now, how did it all use to work (and still does where the underbelly of the gambling industry begins).

Finding this omnipresent currency does not necessitate much effort. Skins can be traded, gifted, won, or earned. Perhaps, Valve’s own contributions in proliferating the ornaments have precipitated the gambling craze.

Skins are then deposited at a bookie, which offers such services. Punters may receive an internal value equal to the value of the deposited skins. Or, gamblers simply deposit their skins in the e-wallet of the website.

Cashing out is a two-pronged process. If you choose to keep your skins in internal currency (when applicable), you may gamble more still.

Bear in mind that all of these transactions are now inherently more difficult to carry out. More still, they are largely illegal and we advise against those.

What precipitated the debacle of the skin betting sportsbook? It was not out of righteousness that Valve took it upon self to eradicate what it perceived as the bane of good morose. Skin betting was first targeted by the Washington State Gambling Commission, which had reached out to Gabe Newell, Valve’s owner, in February 2016. Later on 26 Sep, asking of Valve to come down hard on skin gambling, as the WSGC believed skins were used as currency to facilitate and fuel illegal gambling. Nimbies as the WSGC are, they could not allow such flagrant flaunting of regulations.

Today we know what came out of the whole affair. However, in the period leading up to the bickering, eSports gambling has been steadily gaining puff as per the infographic below:

The search interest in eSports gambling is increasing

Now, amid the undoing of CSGO skin gambling we may rightfully ask ourselves what do developers stand to gain and lose out of supporting or ‘facilitating’, as a churlish legislator would phrase it, eSports gambling.

However, there are a few vociferous proponents of eSports gambling, such as the founder of the all-out eSports bookie Unikrn, Rahul Sood. Mr. Sood estimates that by letting users flick bets at eSports titles, only adds to the excitement of the game.

The case of Valve and the downfall of CS GO skin gambling, not in its entirety, mind, is an example of what happens when game developers face legislation head on. In fairness, Valve never suspected anything could stem out of their introducing of skins. If anything, Valve have a long track record for rewarding their community, paying attention to what it has to say, and rewarding talented artists by offering to reward their efforts in designing maps for their popular shooters, modifying their games and drawing skins for the community at large.

According to PWC, female eSport gamers are more than their male counterparts.

eSports betting will relent. There have been a series of watershed events in recent years, including the acquisition of Twitch by Amazon for almost $1 billion. All eSports titles are streamed there, and Amazon’s purchase is a clever investment in the future.

Now, one possible obstacle may be the bookies inability to turn a profit on eSports betting which may discourage future forays in the segment. On the other hand, hundreds of bookies have gone after it, and having pluralism is good for punters as well as for eSports books themselves.

By being able to hop between websites, punters generate most of their proceedings. Now, this applies more for mainstream sports than CS GO gambling, but it is generally a good idea to have a rich picking of bookies.

Meanwhile, our respectable operators will have their beady eyes firmly riveted on eSports as they continue to grow at a decent clip.

Perhaps as better regulations are introduced and the dust of legal disputes settle, a more clear-cut rules for gambling will be thrashed out which may allow CSGO skin betting to return. In the current deadlock, however, we, at Topcsgobettingsites.com, would think twice before advising anyone to go out on a limb, and well out the whole tree, in fact, and wager on CS:GO skins.

Still, neglecting the segment altogether would be unwise. Heed our call, punter and exercise caution.

Looking good is not all that difficult these days. Fetch a flamboyant riffle panel, screw a few bolts and voilà – you are strutting about with a piece of equipment which basically screams out your position to even those foes who are a bit hard of hearing and downright myopic.

Skins will continue to be an indispensable part of CS:GO and other video games. For one, they are a great way to drive extra revenues for game developers. On the other hand, they add more to the excitement of playing video games – making your character distinguishable and having your very own online identity is just as important as blowing the other bugger to pieces.

For now, any attempt to bet legal on CS GO skins will be met with the stern opposition of Valve and regulators alike. CS GO skin betting websites cannot obtain a license in what appears to be a hostile climate to say the least.

The current brush between Valve and regulators infused would-be bookies with fear. And still, while Valve got away lightly from what could have potentially been a huge blow to the developer, some renegade bookies continue to operate with barely a skin off their nose. Punters, beware of those that lurk in the shadows.

Where do you want to go next?

Live BettingMobile Betting
Back to top